Free admission! Gallery open whenever trains are running between January and October. 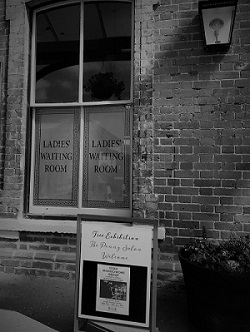 The Penny Salon is now closed until the end of 2021. At North Weald station, you can see a further ‘taster’ display of snow themed photographs from November into the New Year.

Snow – it wouldn’t be winter without it. So take the magic of snow and add the spectacle of steam. If you get sun as well the results can be stunning. Judge for yourself in this exhibition of some the best of steam railway photography by Geoff Silcock taken over the last six decades. 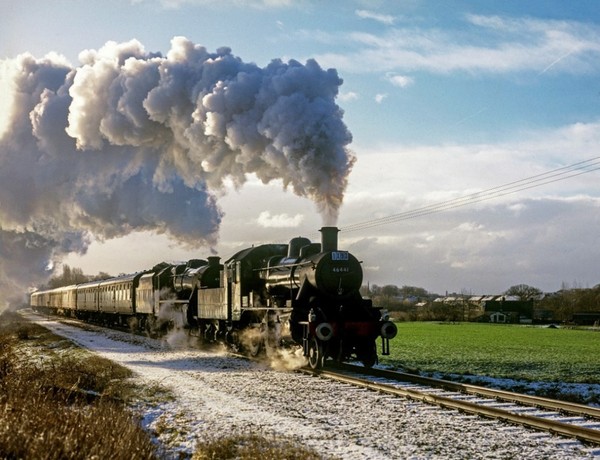 A further selection of snow themed photogrpahs and paintings will be on display in the booking hall at North Weald station.

Whilst Snow and Steam is on display the gallery will also host a Transport Sale of books, magazines, DVDs and videos with all proceeds going to support Railway projects.

An interesting and entertaining programme of presentations is planned for the future. Exhibitions planned for 2022 include River Thames Docks and Shipping, 10 years of the Epping Ongar Railway, 50+ Years Behind the Lens - A Transport History in Photographs and Esoteric Steam 2 - This Steam and Pleasant Land.You can see a preview of these exhibitions during the Snow and Steam exhibition. 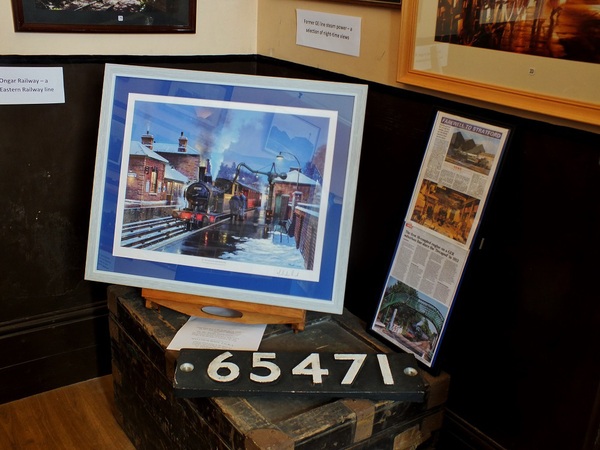 The Epping Ongar Railway opened the ‘micro-gallery’ at Ongar Station on Saturday 27 May 2017. The gallery is in the Ladies Waiting Room at the station. A railway volunteer and professional photographer who specialises in steam photography, Geoff Silcock, has worked alongside the Epping Ongar Railway Volunteer Society members to transform the room into a place to display photographs and pictures. Mr Silcock has worked with local photographic and historical societies to bring a programme of interesting and relevant exhibitions to the Railway. 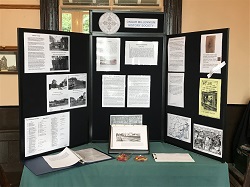 The free bijou exhibition area has been named "The Penny Salon" and will be open whenever trains are running to provide interest for passengers.

The output of "The Penny Salon" consists partially of the well established work of Eastender Reg Batten, who achieved his 100th birthday before he passed away in 2014. Reg spent much of his leisure time from the 1930s until he was well into his 80s, recording images from the now bygone world around him, especially from around Essex; Malcolm Batten is the custodian of his fathers work, and continues the family tradition, with countless photographic images published in magazines, plus several articles to his credit, and with published books on related transport subjects; and Geoff Silcock, with well over 50 years overall involved in the pursuit of his passion for especially steam trains, including  its related photography and railway journalism content, with over 100 published articles in specialist magazines over the last 25 years... Plus he assures everyone that he also found the time to spend over 45 years in the photographic "D&P" profession from the early 1960s...

The inaugural month through to 18 June 2017 hosted The Essex Monochrome Society with Black and White images mainly from in and around Essex, including steam trains. This was followed by an exhibition by the Ongar Historical Millenium Society titled "The Railway Comes to Essex". "Bygone Essex" was the third exhibition to be held in the gallery, and a further selection of Reg Batten's iconic images will appear in a future exhibition. The 2017 season concluded with a selection of images from by long- time steam photographer, troubadour writer, and former Sentimental Journeys charter organiser Geoff Silcock, entitled Steam in the Frame, taking viewers on a journey from 1961 right through to the present day Epping Ongar Railway.

Why "The Penny Salon"?

The name "The Penny Salon" is taken tongue in cheek from the c. 1865 built station rooms other use as its original Ladies Waiting Room.

The c.1890s "Frys Chocolate" glass cabinet,that was gifted to the Epping Ongar Railway, and refurbished by Malcolm Batten forms an important part of The Penny Salon's presentation of artefacts allied to the main displays. 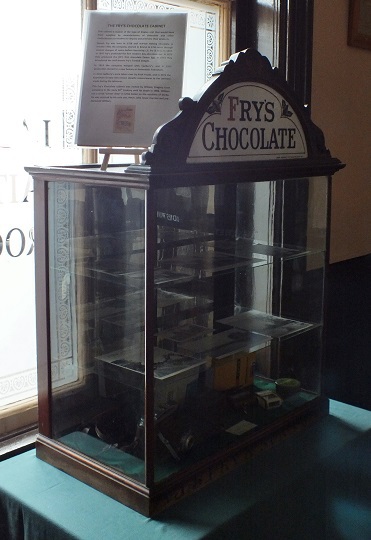