To boost capacity on some services, a fleet of ten driving trailers were built to work with the Class 121 bubble car units. They were almost identical in build, with the exception of being unpowered vehciles. 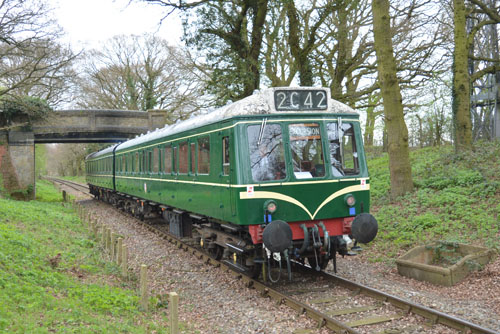 W56287 was built by Pressed Steel Ltd. in 1961 and spent most of its working life on the Paddington to Oxford route, as well as some of the surrounding branch lines. It was one of two of the fleet to be fitted with a corridor connection in 1988; the second vehcile, 56289 has also survived into preservation. Withdrawn June 1993, it spent time at other heritage lines in the east of England, before being hired in to create an operational DMU, currently being paired with our operational Class 117 vehicle 51384.