When first introduced, these units were all based with the similar Class 121 single carriage (railcar) units, on British Railways’ Western Region for suburban work out of London Paddington and Cornwall. The units were largely based at Southall, and Plymouth Laira depots; they were all built by Pressed Steel between 1959 and 1961.

Originally a 3-car unit, our Class 117 has an important position in the history of the Epping Ongar Railway, being the first passenger-carrying train in the EOR’s Preservation History. It is formed of Driving Motor Standard (DMS) No.51384, and Driving Motor Brake Standard (DMBS) No.51342. 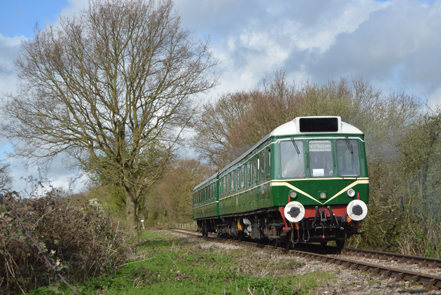 Between 2004 and 2008, the unit valiantly operated the Sunday services of the fledgling Epping Ongar Railway. It was then decided to give the unit some much needed love and attention. A start was made on the interior, including re-upholstering the seats and replacing the interior wall and ceiling panels.

The exterior also required serious attention, with numerous leaks being found, and supports needing replacement. Both driving cabs have been refurbished, and new linoleum flooring fitted. The DMS has had a new roof fitted, and been rubbed down in preparation for a repaint into BR Green with 'whiskers'. 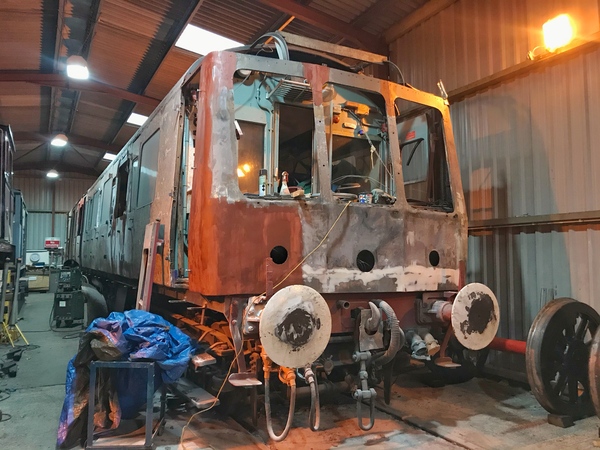 With windows on the partition between the driving cabs and passenger compartments, these types of DMUs have proven themselves popular with passengers, particularly small children, as they can see both the line ahead and the driver at the controls.