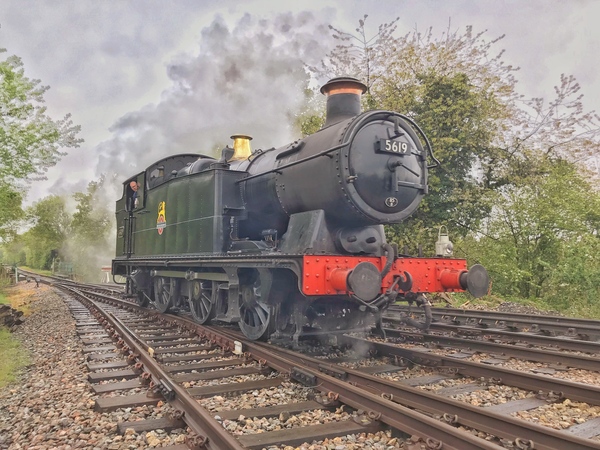 5619 was built in Swindon in 1925. The locomotive spent all its working life in south Wales, being withdrawn from Barry shed in June 1964. Purchased in 1972 from Barry scrapyard, the locomotive steamed again in 1981.

5619 is a substantial sized tank engine, 37 ft 6ins in length and weighing 62 tons. The side tanks are capable of holding 1900 gallons of water. The design of the 5600 Class followed Great Western Railway practice as far as possible, by utilising many standardised parts, and 100 of this type of locomotive were built. It is painted in British Railways unlined black livery.

The locomotive visits courtesy of the Telford and Horsehay Steam Trust and The Flour Mill.