5521 was built at Swindon in 1927 and spent most of its working life on branch lines in the West Country, going originally to Newton Abbot. Later it was employed at other depots including Taunton and Plymouth Laira from where it was withdrawn from service in April 1962. After withdrawal, having run just over a million miles, it spent time at Barry and Bishops Lydeard before being rescued in 1980. 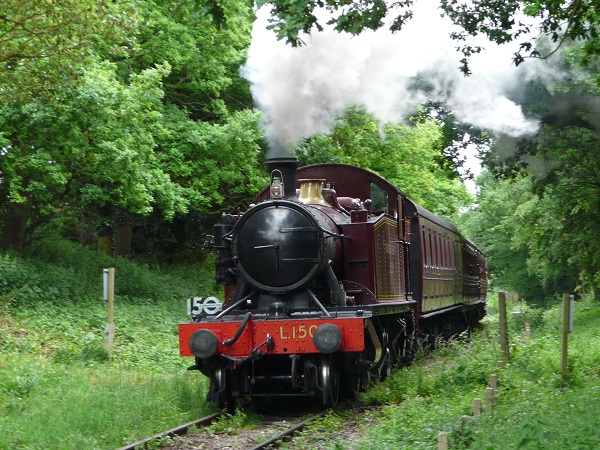 The locomotive is the first version of the design known as a "Prairie Tank", but has smaller driving wheels than the later classes of prairie tank, including 4141.

In April 2007, 5521 went by sea from Hull to Gdynia in Poland via Helsinki and featured in the Wolsztyn Parade. It then travelled to Budapest, Hungary where it worked intermittently with MAV Nosztalgia, the heritage rail operator. In September 2007 it piloted the Venice Simplon-Orient-Express from Budapest Keleti to Kelenfold stations on its return from Istanbul to Venice before competing in the Zvolen Grand Prix in Slovakia and the Central European Steam Locomotive Grand Prix at the Railway Heritage Park in Budapest. It returned to Poland and in May 2008 again appeared in the Wolsztyn Parade before operating suburban services from Wroclaw to Jelcz Laskowice, to the timings of the electric multiple units it was replacing, for several periods of up to nine days at a time, each with 36 scheduled stops and starts.

In 2009 it returned to England after appearing at the Wolsztyn Parade for the third time. During its time in Europe 5521 suffered no failures but more than once had to haul a complete train and a larger locomotive which had failed during double heading. After returning to England 5521 was displayed for a few months at the National Railway Museum in York alongside other much travelled engines.

In May 2013, at the request of London Underground, the locomotive was painted in red London Transport livery and numbered L.150, to commemorate the 150th anniversary of the Metropolitan line, and between 25-27 May it operated special trains between Harrow-on-the-Hill and Amersham, along with Met 1, 9466 and Sarah Siddons.

The locomotive appeared previously at the Epping Ongar Railway for our special LU150 event in 2013. Since then it has received a major overhaul and returned to traffic in 2021 still resplendent in its maroon livery.