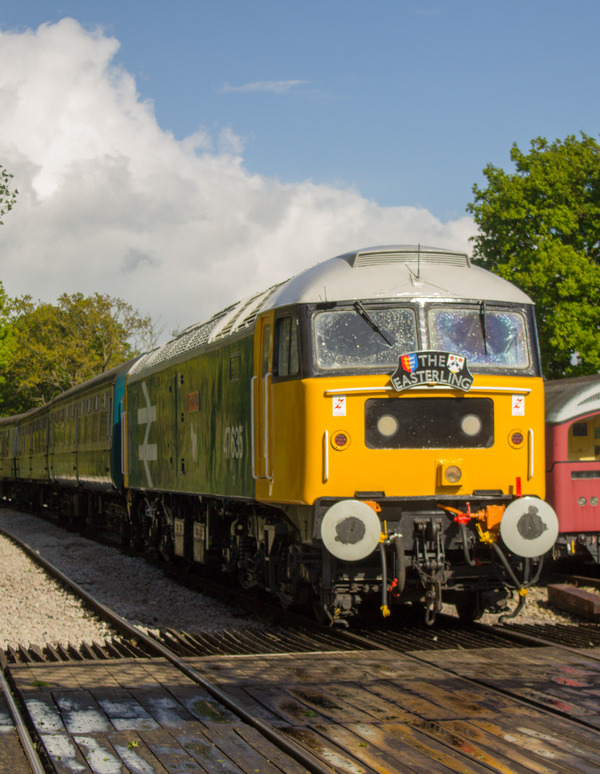 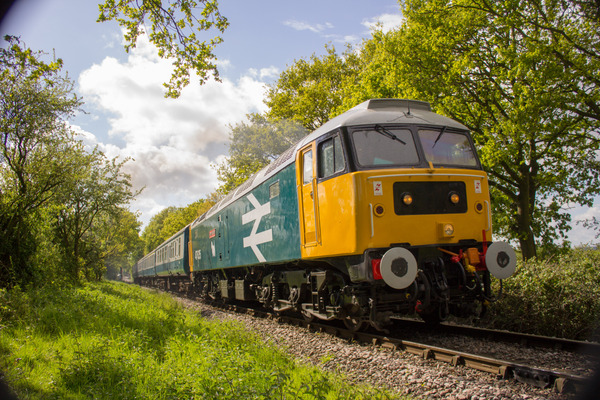 Class 47s were synonymous with Eastern Region plying their trade up and down the Great Eastern Mainline between London and Norwich. 47635 was built by British Railways at Crewe and entered traffic on 29th July 1964 as D1606. The locomotive became 47029 under the TOPS numbering scheme in 1974. It was fitted with Electric Train Heat in January 1986 and renumbered 47635.

On 7th April 1987, 47635 was named; "Jimmy Milne" at Glasgow Central by Mrs Alice Milne, widow of the former General Secretary of the Scottish TUC; the plates were removed at Tinsley TMD four years later. EWS bestowed 47635 with the name "The Lass O'Ballochmyle" at Doncaster Works 150 Open Day on 26th July 2003, but the locomotive has been renamed "Jimmy Milne" in preservation. the locomotive carries "large logo" BR blue livery.