Over the first weekend in June  the 339 bus service that connects the Epping Ongar railway to Epping Underground and Shenfield National Rail stations, saw the entry into service of RMA11 for the first time. 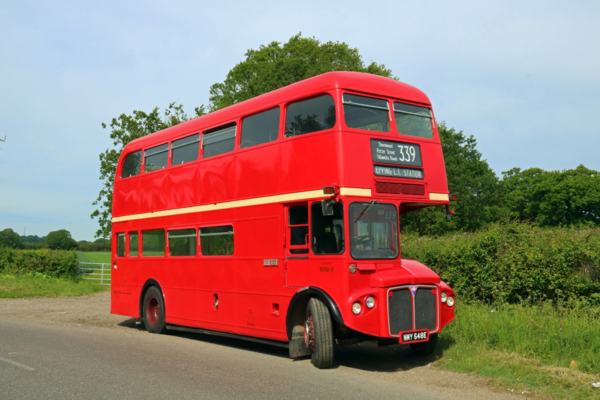 The vehicle was introduced in 1967 by British European Airways and initially used on services from Central London to Heathrow Airport and then as a staff bus London Transport until being sold on 20 years later.

Also over the same weekend was the pairing of what we think is probably the youngest bus crew, as both Julius Bax (aged 20) and Stephen Gillet (aged 26) combined age is a lot less than the RTL that they were in control of. It’s not many places in the UK where you can get the chance to operate traditional stage carriage operation in a vintage vehicle, keeping to a timetable and issuing real fares not just ‘souvenir tickets’. 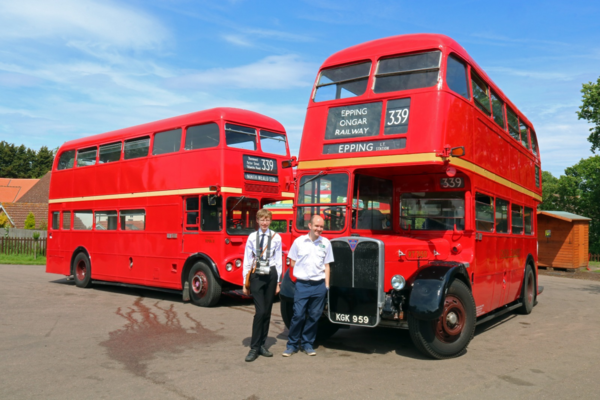 “ We always encourage younger volunteers to come and take part in either the railway side or the bus side of the team.  Each person is mentored and given as much training and time as they need to feel comfortable in dealing with the general public, and what could be to some, quite hard buses to drive.  Many of our younger members subsequently go on to further full time work within the transport industry knowing that most situations they will encounter they will have already met whilst under our care.

“Conductors come into the training school from the age of 16 and Drivers from the age of 25. This is by no means an exclusively male domain as we can also field female drivers and conductors as part of our valued team. Age is not a problem as we have many members of our team who are at the other end of the age spectrum, but we do seem to have got the knack of encouraging our younger members.   Conductors do need to have a good head for maths and drivers do need the appropriate PCV license. We are always on the lookout for additional volunteers for crew operation.”