The event started with the arrival of Pitchford Hall (4953) at North Weald on 2 June at 10:15 accompanied with music and a large group of well-wishers including staff and volunteers from the Railway.

This was followed by speeches from the Managing Director, Mr Roger Wright and a surprise appearance by TV Celebrity and railway enthusiast Mr Tim Dunn.

The event, featuring visiting locomotives and vehicles proved to be a real draw over the busy bank holiday weekend with over 1,700 visitors. 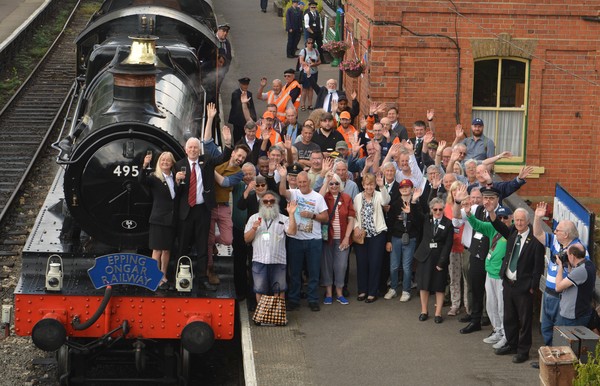 “It's been an amazing gala – and I’d like to thank the staff and the volunteers who have worked very hard over these 4 days to put on a fantastic show.”

This was one of the most ambitious events that the Railway has attempted and included both passenger and goods trains. All of the scheduled trains ran and no significant delays occurred. This is fitting both to the 10th Anniversary and also a reminder of how much the Railway has developed over the last 10 years.

Masterminded by Owen Hayward, he said,

"Six months after I first started the initial planning, it was exceedingly rewarding to see it all come together and work well. The response from volunteers and public alike has been overwhelmingly positive, which made everything worthwhile. I must also extend my thanks to Tim Dunn for agreeing to come and join us at short notice, and for even saying a few words in recognition of our volunteers. 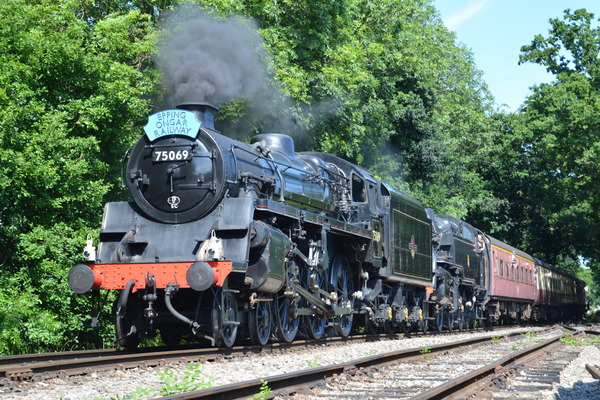 The Epping Ongar Railway holds a number of enthusiast galas over the year, which have always proved popular. Typically featuring interesting headlining locomotives along with a Real Ale train at some point and unique heritage buses which connect direct to the Underground at Epping.

Dean Walton, General Manager said, “What a wonderful four days – once the dust has settled we’re making plans for our next big steam event in October, our London Transport Weekend.”

The 10th Anniversary Gala featured the following locomotives over the 4 day event: