Snow and Steam at the Penny Salon Gallery21st December 2019

Snow – it wouldn’t be winter without it. So take the magic of snow and add the spectacle of steam. If you get sun as well the results can be stunning. Judge for yourself in this exhibition of some the best of steam railway photography by Geoff Silcock taken over the last six decades. But snow doesn’t just inspire railway photographers. See also a selection of photographs and artwork with a countryside or transport theme – but all with the added element of snow!

You can expect an all welcoming fire in the original Ongar Station hearths, when snow pictures again cover the walls of the Penny Salon from 27 December and into 2020. One of its two resident photographers, Geoff Silcock, presents the third SNOW AND STEAM presentation and exhibition. With more than 35 A3 and larger sized framed pictures, many of the images will be on show for the very first time in public, with many originally seen in the pages of specialist magazines. 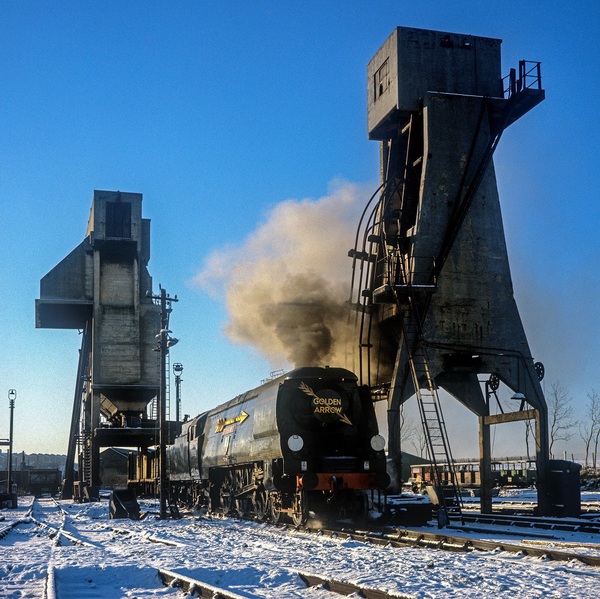 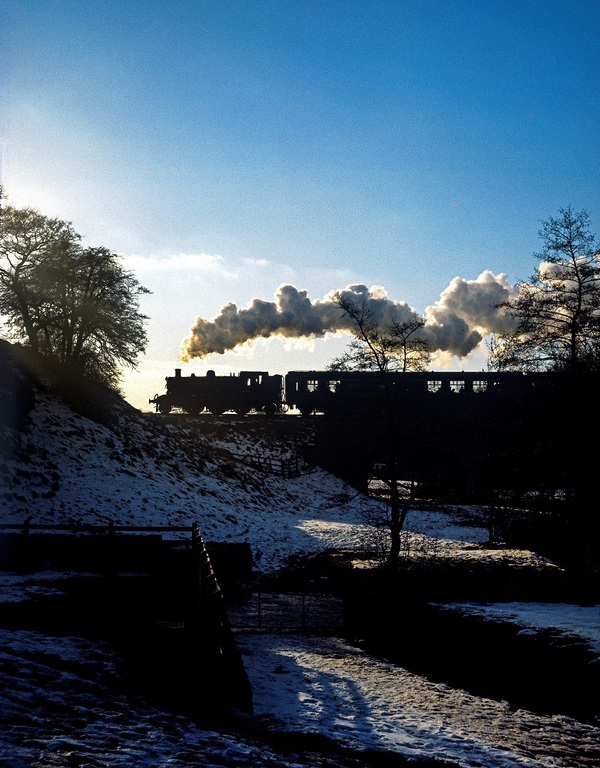 You don't need to be a steam or photographic buff to enjoy the two of the greatest elements to be seen in photography, with Geoff's stunning prizewinning black and white and colour images of snow and steam taken over five decades.

Images on show date back to the very early 1960s, and from the time when Geoff was initially apprenticed in the photographic Industry. These include 3 black and white everyday pictures all taken within 20 minutes of each other on the Monday after a snow-storm had overwhelmed his local Harringay West Station in North London the weekend before. These images from 1961 can now be seen in exhibition together for the first time, plus the Malcolm Root F.G.R.A . original colour painting, that was based on 2 of the 3 combined, and which appears alongside the original prints as a comparison.

The latest image in the overall snow and steam exhibition was taken 56 years later, and shows the North Weald station approach after a blizzard had partially abated, with appropriately an Epping and Ongar Railway steam- hauled "Santa Special" train approaching from the whiteout around it. 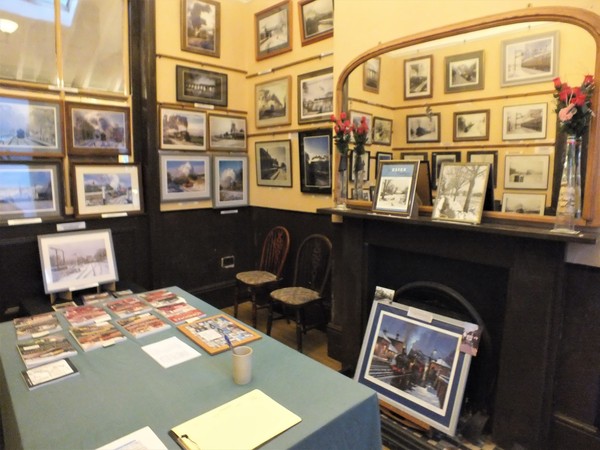 It was from the 1970s that Geoff Silcock became adept in pursuing steam in near artic conditions, and none more so than in January 1984, with the plan to target a steam rail-tour running from Glasgow to Perth in Scotland, by confronting it en-route near Gleneagles in what became in the face of a blizzard then extant in the northern half of the country.

Geoff travelled overnight from East London via Corby and Hull in the company of two other seasoned combatants, and it was several hours into their journey, when climbing over the notorious A68 into Scotland, at 2 in the morning, that their driver Pete Millar failed to negotiate a bend during the on-going snowstorm. His company car that they were in slid off the road on a bend on the frozen higher ground, and impacted a stone wall, being the third vehicle there to do so that night.

The impact ripped away the lower front fender of the car, and then the trio man-handled it back on the road now with that separate item secure in the boot, they then continued on their way into the white- out. It was two weeks later that the police called upon the aforesaid Pete Millar at his Hull address, for after the blizzard had abated, the local constabulary called out that morning to that much damaged stone wall, had pieced together what was left of the cars shattered front number- plate at the scene, and this later resulted in Pete being prosecuted for not leaving the details of the accident.

Of the train itself, it was on the verge of getting dark before the "The Fair Maid" steam hauled special train, en-route from Glasgow Mossend to Perth came into view running over 3 hours late, and battling up- grade through the blizzard conditions as hoped. As if by magic, just minutes before, the weak sun had finally put in an appearance on the quite magical scene. So now nearly 35 years on, and with the other two photographers no longer with us, was it worth undertaking that epic 800 mile trip initially from East London, which took Geoff over 28 hours there and back, and through the hazardous conditions most of the way, for the single hard won main line image of a Gresley streamlined pacific at speed on the main line through the blizzard conditions, and surely worth the title "Snow on its boots"?

Now you can be the judge, for Geoffs memorable image of the "The Fair Maid" railtour on 12 January 1984 has been scanned, enlarged, and is now on show for the first time, along with over 3 dozen other snow and steam framed enlargements from around the country.