The Epping Ongar Railway is delighted to announce the visit of two special guest steam locomotives for its tenth anniversary gala which is taking place over the extended Jubilee Bank Holiday weekend. Closed to passengers by London Transport in September 1994, the line has seen a resurgence as the longest heritage railway in Essex, the closest to London and is unique as the only one to run on a former London Underground route. A special gala event is planned from 2 to 5 June to mark the tenth anniversary of the line re-opening in its current form.

The first visitor is British Railways standard class 4 locomotive, 75069, visits courtesy of the Severn Valley Railway, and is making its first visit away from that line in over 25 years. Built in 1955 the locomotive spent all its working life allocated to depots on the Southern Region. Withdrawn after just 10 years service, the locomotive was rescued from the famous Barry scrapyard in 1973. It wears British Railways black livery. 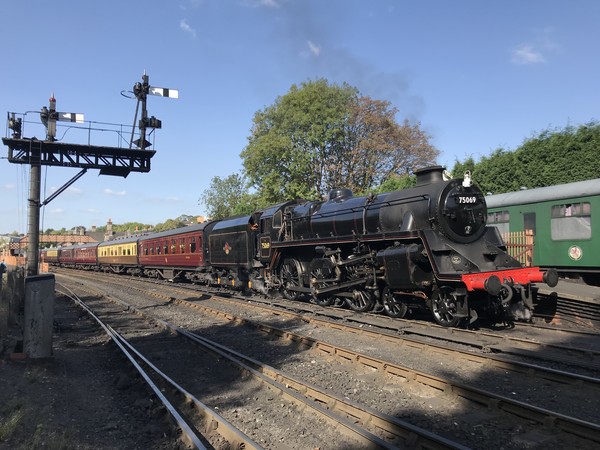 The second visitor is also a British Railways built locomotive, although to a Great Western pannier tank design. 9466 spent its working life on the Western region, used for short distance heavy freight and local passenger traffic. Also carrying British Railways black livery, 9466 entered traffic in 1952. The locomotive had a short working life of only 12 years, joining 75069 at Barry before it too was preserved in 1973.  It spent some time working special steam services on the London Underground Metropolitan line and has worked the occasional main line steam charter. 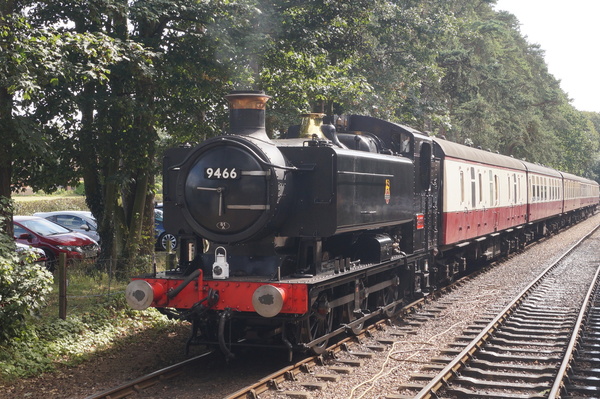 Dean Walton, General Manager, said “This fantastic line up is a great way to celebrate our 10 years of operations. We've got a wonderful event for everyone to come along and enjoy”

Thursday 2 and Sunday 5 June will see a selection of the diesel fleet based at the line joining the celebrations along some of the steam locomotives, and the Thursday will also see a recreation of the re-opening train from 2012.

On Friday 3 and Saturday 4 June the steam engines take over, allowing enthusiasts and families to enjoy the sights and sounds of the locomotives working hard over the line’s challenging gradients.

Further details of the event.