The Penny Salon Gallery at Ongar Station is pleased to present it's first major exhibition for 2018 entitled "Classic Diesels in London and Essex". Having increased the display space by over 30%, the exhibition of nearly 100 framed images, with a diesel theme, mainly covers over five decades from the 1960s onwards, though steam does occasionally appear in a supporting role. Running from Easter, this exhibition coincides with the Railway's Spring Diesel Gala weekend on 28 and 29 April. 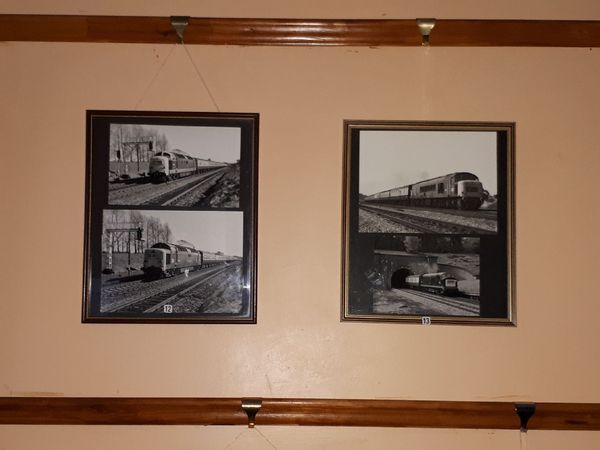 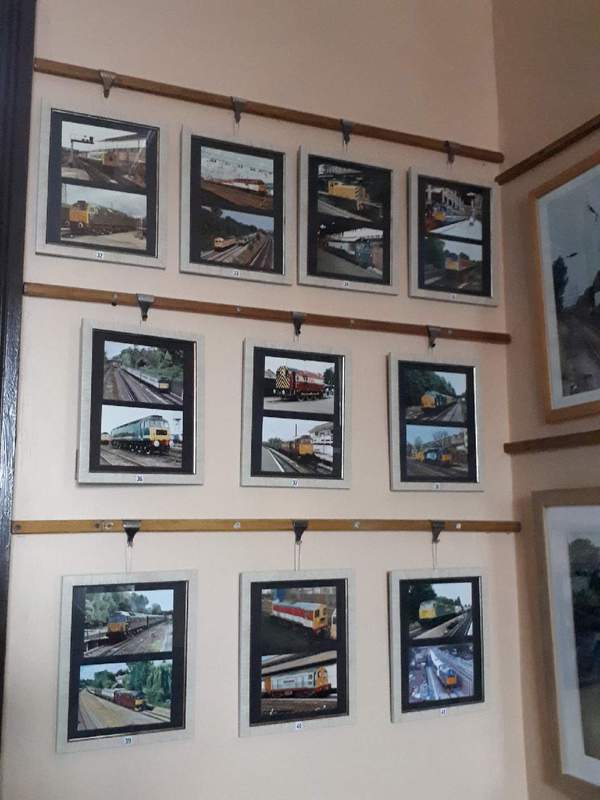 The scene then switches to "The Heyday of London Transport", coinciding with the London Transport Weekend on 12 and 13 May.  This is followed by a showing of mainly limited edition prints, with an Eastern Counties theme, from the inspirational locally based transport artist, and Fellow of the Guild of Railway Artists, Malcolm Root. For one weekend only, and showing over the 9 and 10 June, during the Annual Steam Gala, this is an exhibition not to be missed!

Malcolm hails from Halstead in Essex, and his  work is well known, especially for the limited edition prints available of many of his major works over the years, such as "Signalling Winter", set at Harringay West.

July sees an extra one-off exhibition that will utilise material from Reg Batten's many forays into Essex from well over 50 years ago, and which features many photographs never seen in an exhibition before as we host "A Plethora of Public Houses and Pub Signs". This exhibition will correspond with the Railway's three day Real Ale Weekend on 20 to 22 July, and this has attracted a considerable advance interest from outside the railway fraternity already.

Then into high summer it's "By- gone farming in Essex and beyond" - a showcase of more of the Reg Batten archive. With the hours of daylight decreasing into Autumn, an evocative gathering of day into night images, featuring, in the main, steam trains from around London and the Home Counties with "The Night Comes On". To conclude at the end of December, we see the return of "Snow on Show", to coincide with the "Winter Warmer" trains.

Geoff Silcock and Malcolm Batten at The Penny Salon would especially like to thank everyone who graced the The Penny Salon throughout 2017.  Visitors to the gallery, since it's inception in May 2017 reached a total well in excess of 2,500, many of which Geoff and Malcolm have personally "Meeted and Greeted" with explanations of the Images on show, linked with tales of the history of the Epping Ongar Railway from its inception to the present day. Amongst the many visitors from London and Essex, several of their visitors were recorded as coming from as far afield as South Africa, New Zealand and the U. S.A. Geoff and Malcolm look forward to meeting all our visitors throughout 2018.