Due to essential maintenance being required we have been informed that Hawksworth Pannier tank locomotive, 9466, will no longer be able to take part in our 10th anniversary gala from 2 to 5 June.

However, with grateful thanks to the owner, we are delighted to announce that British Railways Standard 4 tank locomotive 80078 will be taking its place.

This will offer a rare opportunity to see both the tender and tank engine versions of the Standard 4 locomotive working together.

80078 was built at Brighton and entered service in 1954, initially on the London, Tilbury and Southend line, so we hope it will feel at home! 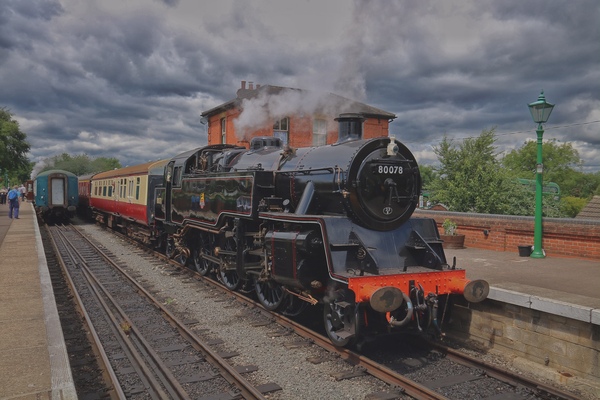 After a short 11 year life working for British Railways, the locomotive was moved to Barry Scrapyard, from where it was rescued in 1975. It din't, however, steam again until 1999 when it re-entered service on the Swanage Railway. After expiry of its boiler certificate in 2010, and following the sale of the locomotive, and a further overhaul, 80078 steamed again in 2017, visiting the Epping Ongar Railway in 2018.

80078 is currently based at the Mid Norfolk Railway.

Get your tickets and view the timetable here.