Goods wagons of all shapes and sizes were once a common sight at every railway station - sometimes, the goods traffic was more important than the passengers. 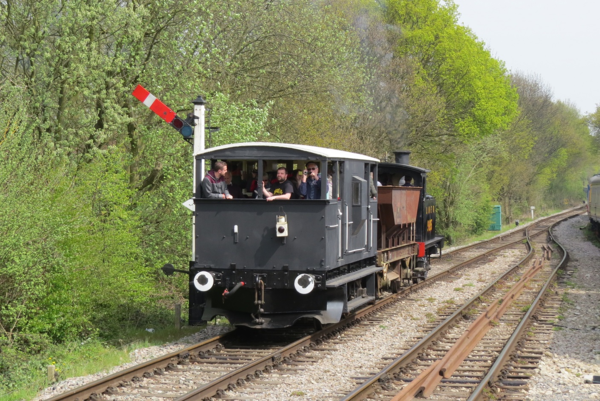 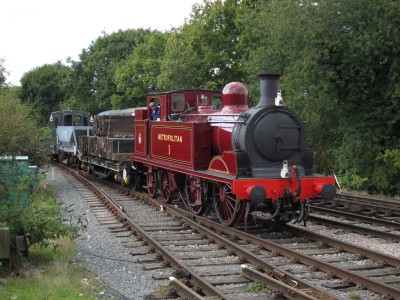 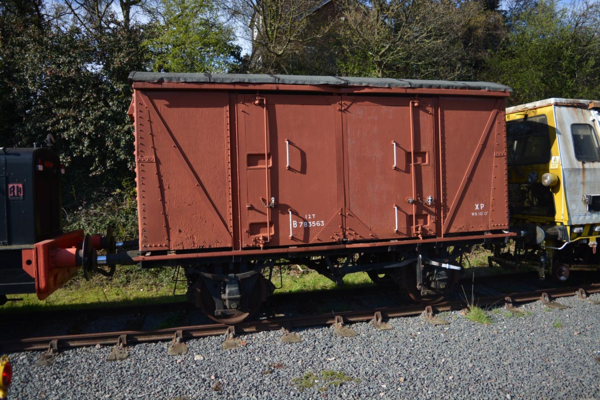 Once numerous and used for the transportation of all kinds of parcels and merchandise. Since arriving at the railway in army livery (carrying the number WGB 4182), it has been restored into original BR Bauxite livery, complete with sign-written numbers. 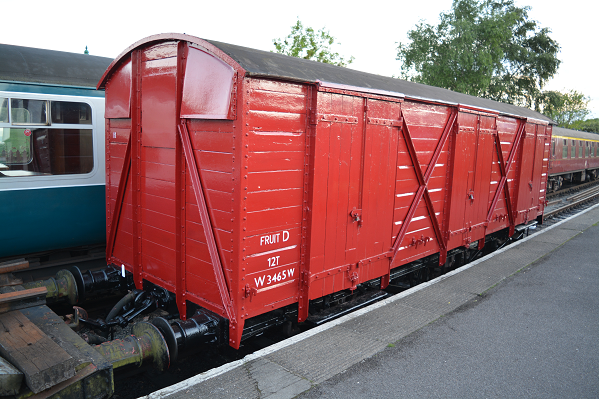 The Fruit 'D' vans were the last type of 'Fruit' vehicle built by the Great Western to aid some of their traffic of garden produce. The vans had additional ventilation slats in the sides to allow cool air to circulate, as well as three sets of double doors on each side and internal gas lighting, on an 18ft wheelbase. As well as the carriage of fruit, they were also found being used for express parcels traffic. Recently repainted, this vehicle can sometimes be seen in use during our gala events. 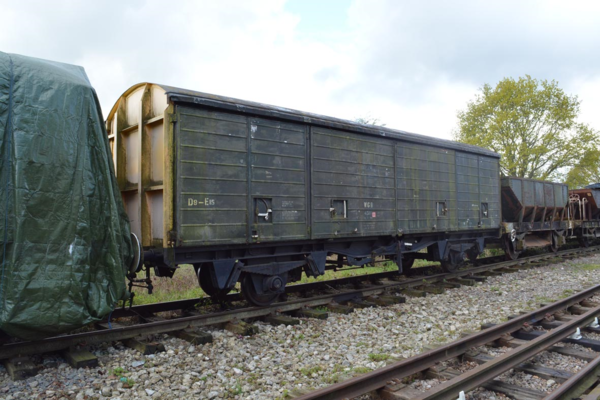 These wagons were designed for the faster freight trains as BR tried to update its rolling stock. The design was introduced in 1975 and they had a number of uses and liveries, being very useful with both sliding and opening doors, enabling direct access to all parts of the vehicle. Our van was used by the army, and still carries the identity "WGB 4311" 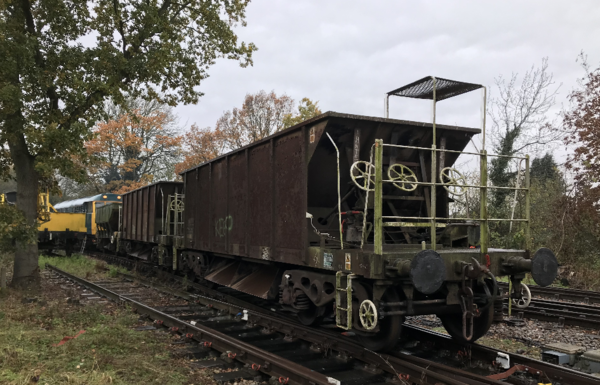 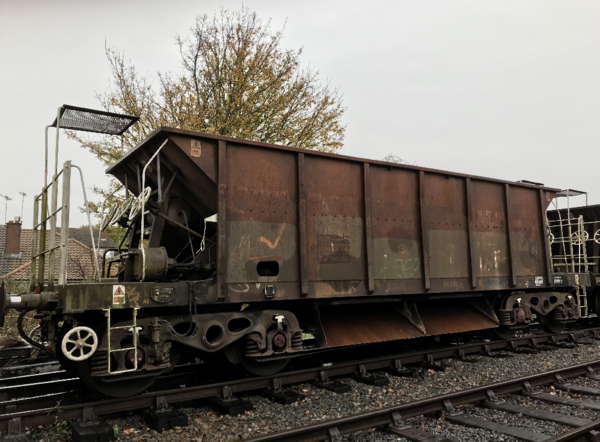 Although relatively modern, this type of ballast wagon is based on a design from the London and South Western Railway in 1903. This type of hopper wagon features large slab sides and three discharge shutes. Several batches of Seacow wagons were built in the 1970s, with a final batch, including the examples on the Epping Ongar Railway, built in 1981 and 1982. This final batch had a minor design modification to the body, being welded rather than riveted, and upgraded bogies. 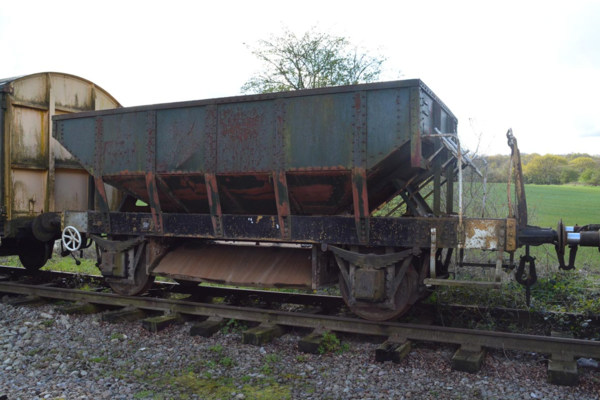 The LNER ordered 113 of these vehicles after first using a wagon built by Metro Cammell. These were an early variant of the design introduced by BR. 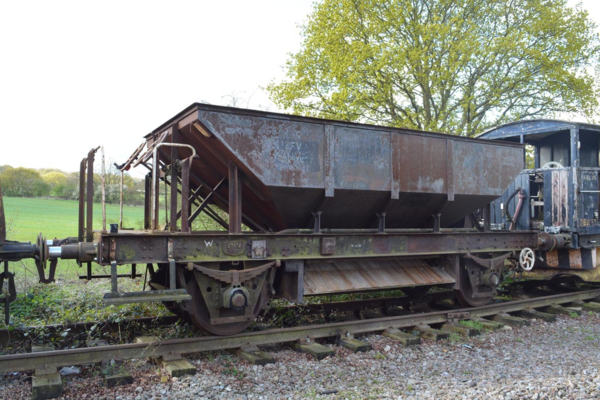 Along with the Catfish design, this was BRs standard small ballast hopper, with nearly 2000 built between the two designs. Doors underneath open to spread ballast to either side of and down the middle of the track. 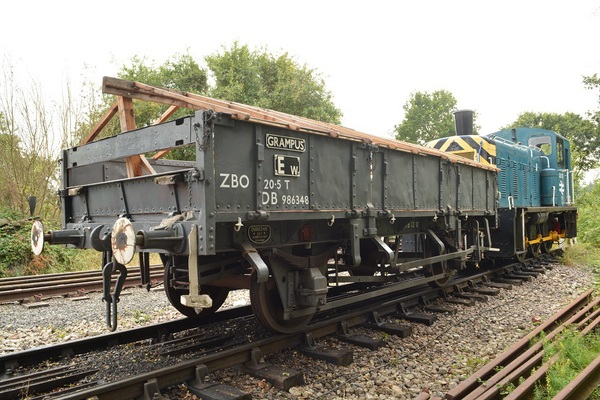 Over 4000 of this type of wagon were built, used chiefly for carrying ballast spoil and other engineering equipment; this particular wagon was used by British Rail's Signalling department on the Western Region. It is believed to be the oldest survivor of its design and underwent a thorough restoration prior to its move to the Epping Ongar Railway.

Built for the Great Western Railway and designed to carry rails for the track engineers, a purpose for which it is still very useful. Whilst some remedial work was undetaken a number of years ago, there are several areas of corrosion on the frames, along with a number of rotten timbers, that currently limits the use of the flatbed. As such, is it not used and awaits its turn in the long restoration queue. 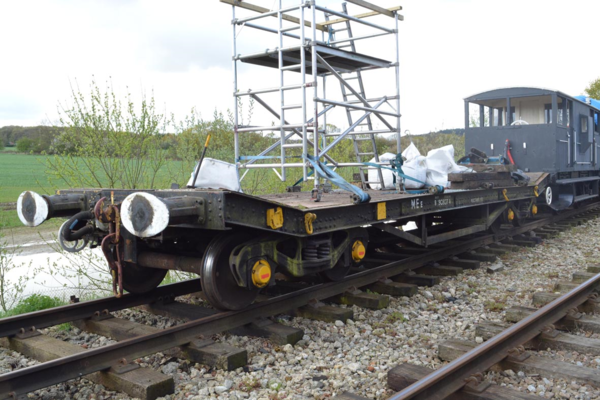 Built for carrying Army Tanks (hence the telegraphic name) and latterly used by the engineers departments for carrying heavy plant and equipment. This vehicle is very useful with its 38.5t capacity, and our team have recently completed restoring the vehicle, repainting the frames and replacing all the wooden decking, finished off with its lettering. 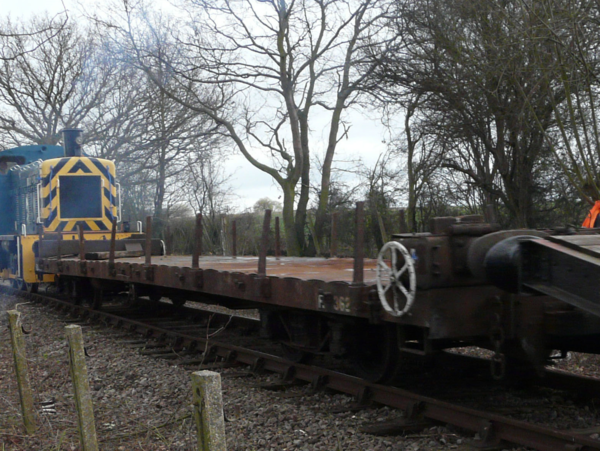 The low area in the middle of this vehicle is the source of the 'Bedstead' nickname these wagons received from LU engineering teams. This particular has also previously carried the historic Metropolitan coach No.353. 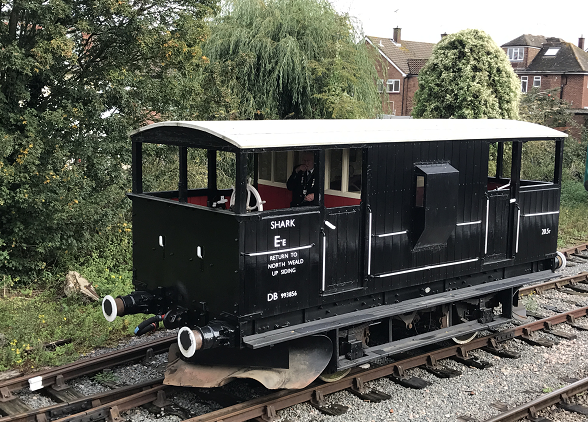 Used to spread track ballast after it has been laid, as well as a guards brake van on engineers trains. In 2014 a restoration was started, and was finished and outshopped in a matt black livery in time for our 150th Anniversary event in April 2015; more recently it has been finished off in full BR Engineer's Gloss Black. The brake van is used on engineering trains and, infrequently, on Brake Van rides at some gala events. 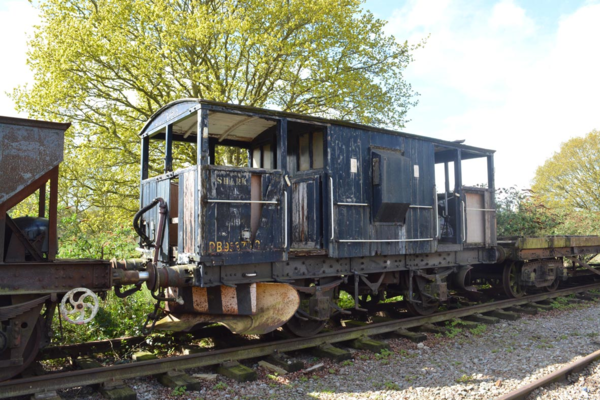 As with DB993856, once restored this vehicle will also be used for engineering and demonstration freight trains, as well as infrequent brake van rides. 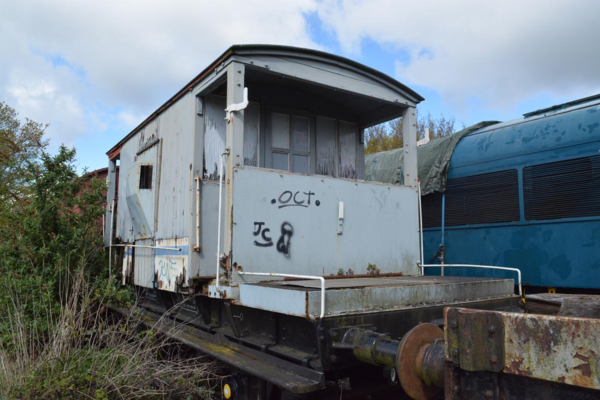 Once a common sight at the end of every freight train across the network, this van ended its life being used by London Transport to act as guards van when transferring its Heritage fleet around the Underground network; it is now on long term loan to us from the London Transport Museum. The brake van was previously restored into its original BR (unfitted) light grey livery, complete with many original fittings. However, after many years in the open it is now in need of many new timbers and other structural work. 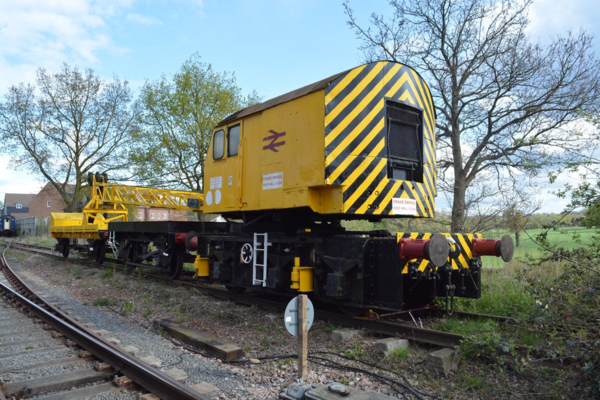 Once used for light engineering works, the crane retains its runner and match trucks, numbered 341895 and 914383 respectively. The vehicle can be moved, but the crane is no longer operational; the jib itself is actually from sister crane 81027. When working, the crane could lift up to 5 tonnes.