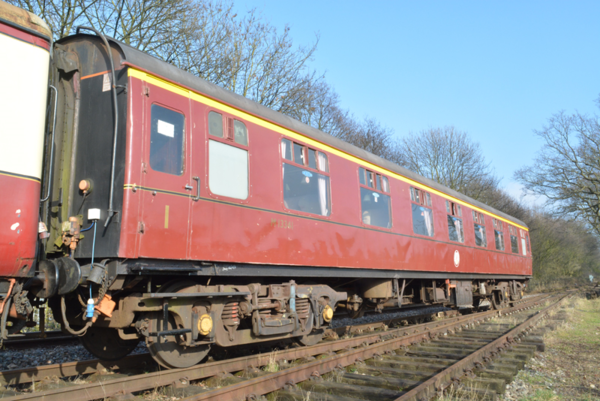 These coaches were the first 'standard' design of coach built by British Railways from 1951 to 1963. Though designed to be of one length with standard fittings the internal layouts were very much dictated by the demands of the railway regions ordering the coaches. For example, the Southern Region needed to move large numbers of people during the summer holiday periods so looked for open coaches that could seat the maximum number of people. But the Eastern and North eastern regions favoured more traditional and comfortable compartment coaches for its long haul services to Scotland. 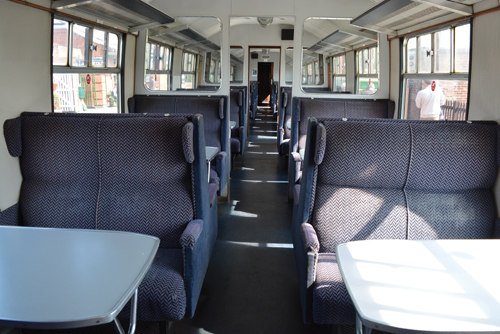 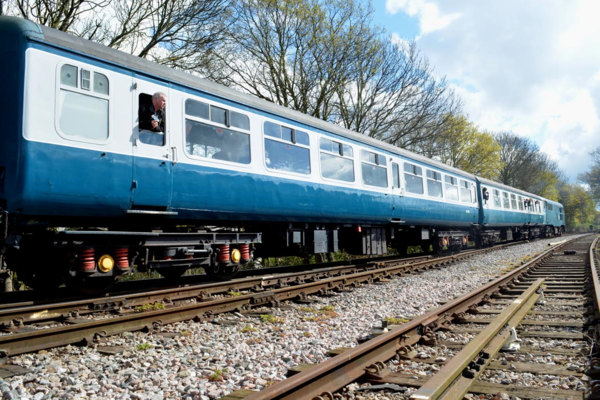 Built between 1963 and 1975, these were stronger and even more standardised than their predecessors. A key development of their design was that it helped overcome the serious corrosion problems around the base of the body, as experienced by the Mark 1s. The variations in their construction saw them built to sub-classes (A – F), each incorporating improvements on the one before.

Perhaps the most iconic carriage design of the LNER, these lasted well into BR ownership. Finalised in 1923, the design utilised a 60ft underframe, with more traditional squared moulding and windows and wooden teak-panelled bodies. We have with us on the EOR a Buffet car and Brake Tourist Open (BTO) examples. 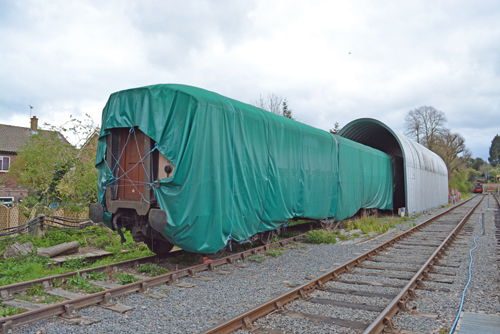 The buffet was built in 1936. After a short stay a Quainton Road, where it was used to serve refreshments, the carriage was then moved closer to the then-owner's home at Chappel and Wakes Colne in 1972. Restoration had, by this stage, been commenced, but was stalled as priority was given to a BTO (which later moved to the North Yorkshire Moors Railway.)

The Buffet was moved again in 2001 to the workshops at Ovington, where the Holden F5 Trust were also later situated for a short period, and where the coach finally received covered accommodation.

The owner decided in 2010, after witnessing the developments then on-going on the EOR, that carriage would fit in well here, and after needing to vacate the site at Ovington, the ownership of carriage was transferred to Epping Ongar Railway Holdings Limited, on the understanding that, in due course, it would be restored to its former glory. The carriage arrived at North Weald on 27 October 2010. 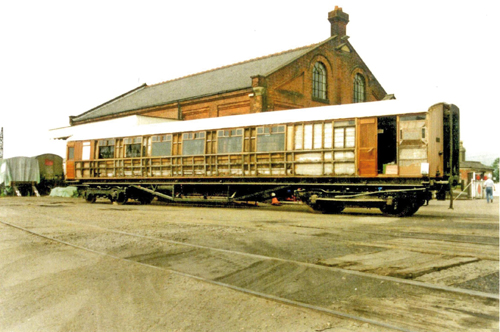 The BTO, a six-bay open saloon, has seating for up to 48 passengers, and was built in 1938 by Cravens, the contractor for the LNER; it is believed to be the last surviving 6-bay Gresley coach built to diagram D196. Following withdrawal, it was spotted by enthusiasts in a shipbreakers' yard on the Isle of Sheppey, where it was being used as an office. Initial enquiries in 1975 were met with the response that it was not for sale, though this later changed. Removal from the yard was tricky, not least because the coach was stored on a length of track with no road access. It was moved along a private branch to a second scrapyard, following a very sharp curve being made to connect to the isolated stretch.

It was moved - by road - in two parts, with the body departing first on one lorry, and the bogies following on a second. They were delivered to Chappel and Wakes Colne, where a start on restoring the vehicle was made. It later moved to the North Yorkshire Moors Railway, before ownership was transferred to the EOR and it arrived here in 2014.

Both Buffet and BTO are in need of extensive restoration. These are long-term projects, requiring specialist skills and teak wood.