In late February and early March, a volunteer from our signalling team undertook the uneviable task of replacing the semaphore arm of one of our signals at Ongar.

As our passengers may have noticed, the arm of the signal by the signal box at Ongar (named OG20 in the signalling diagram) is now in quite poor condition. This is understandable considering its age. It is now well overdue for replacement, and I have taken up the challenge to produce an authentic (as possible) replacement of the original and existing arm. This signal controls the departure of trains from Ongar station towards North Weald. 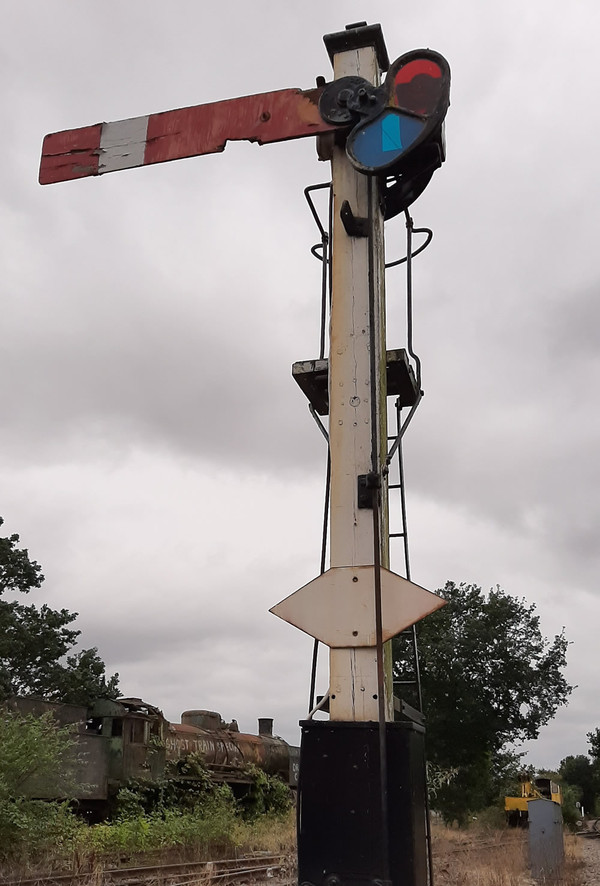 The poor condition of OG20 signal

In this article I will document the replacement from design to installation.

The first step was to obtain the dimensions. Apart from measuring the existing signal arm, I was able to obtain detailed drawings of this exact type of Signal arm, as shown.

From the drawings it indicated that cedar was the wood used, which seemed a good choice being fairly lightweight, but also quite durable to the elements, even untreated. It is still a popular choice for exterior wood today. A length of Western Red Cedar was obtained from the timber merchants, although a wide enough piece could not be sought, so they would need to be joined as part of the construction of the arm.

The next step was to start planing down and obtaining the correct thickness. This was not as easy as first imagined, as the post end was to be approximately 19mm thick but the far end was about 15mm thick. Not sure the reasoning behind this, but as said, I wanted to ensure it was authentic as possible.

To prepare for jointing the lengths together, I added some dowels to the wood to increase the strength of the join, although modern wood glues seem to be ‘stronger than the wood itself, so perhaps the dowels were not entirely necessary. 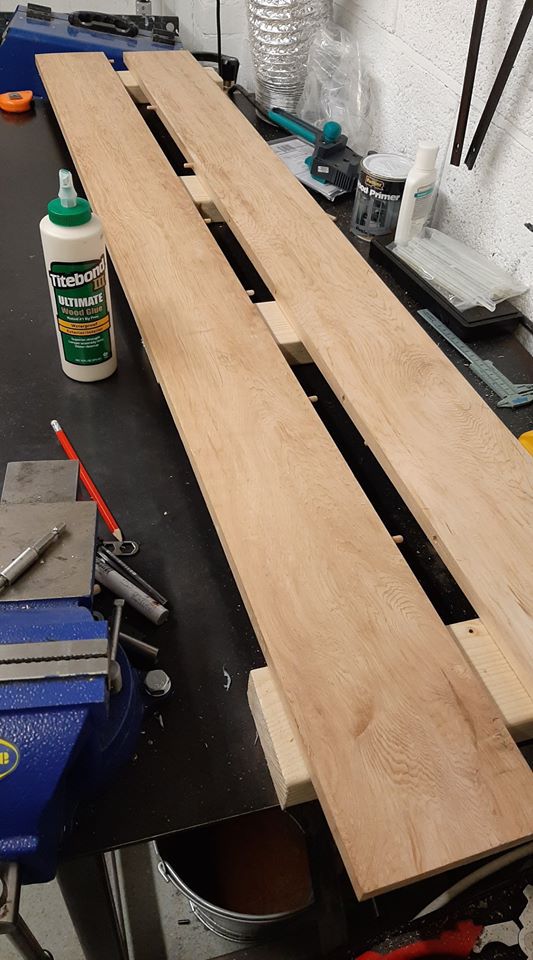 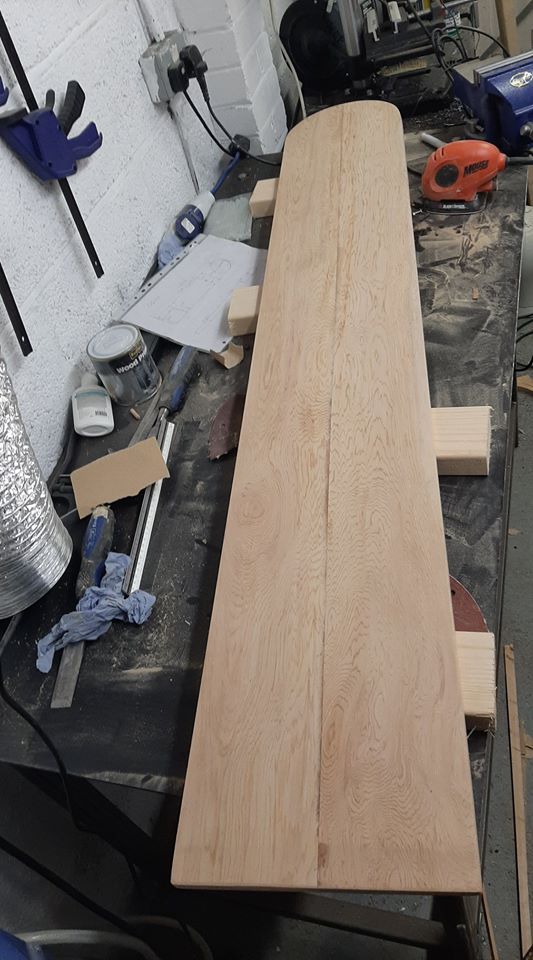 The wood cut to length and jointed

Below is a photo of Ongar starting signal in early London Transport days, scanned from a book. The loco livery dates it to after 1948 and the steam locomotive means it is no later than 1957. You will notice that the post was quite a bit taller - it is believed that the post has been trimmed down to remove rotten timber at the base. The original signal would have been visible over the roof of the box, which is why we now have a repeater signal on the side of the signal box itself. Also the original signal was not so close to the signal box, but the current signal box is further west than the original one. 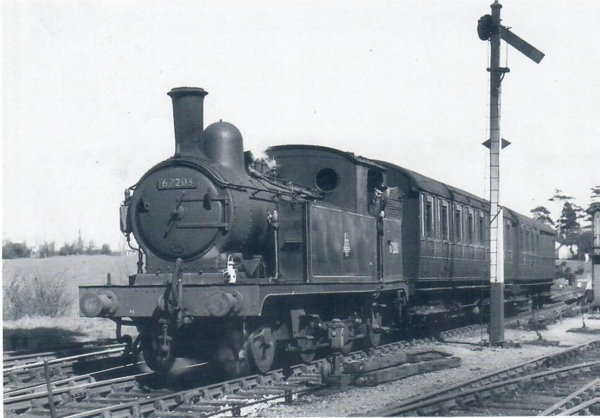 The two boards were glued and dowelled together. Once glued, the correct shape of the signal arm was made; rounded at one end, and along the longer edge, the signal arm actually gets wider, like a fan shape. The arm was then primed, and the first coats of paint applied. About 3 coats of each colour (white, black and red) were required. The black and white paint are a standard outdoor gloss, whereas the red is a semi gloss enamel paint, chosen because it could be found in the specific ‘Signal Red’ or officially known as RAL3001 colour code. Note, not all ‘Signal Red’s are the same! 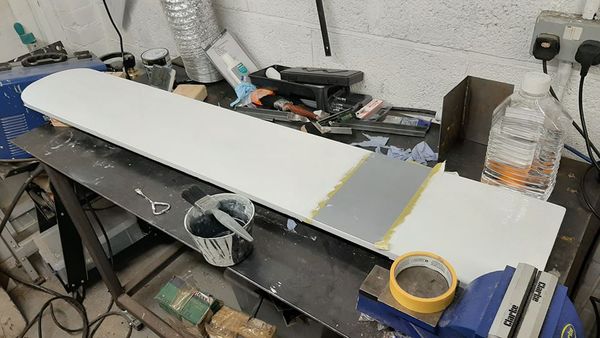 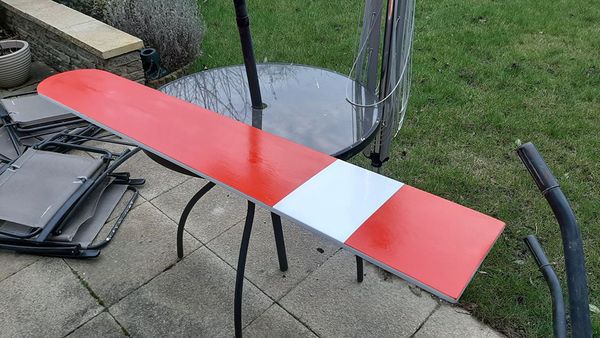 Painting in progress and once complete

Once painted, a metal support brace was added as per the original designs and other similar signal arms.

The scaffolding tower was booked for early March and the old signal arm was removed.Some rotten wood was discovered inside the top of the signal post. This has been removed and filled with wood filler, hopefully prolonging the life of the post for quite a few more years yet.

The old mounting plates had to be removed by drilling out the rivets from the old signal arm, and then stripped down and repainted ready to be fitted onto the new wooden arm. Note the Great Eastern Railway markings on the mounting plate. 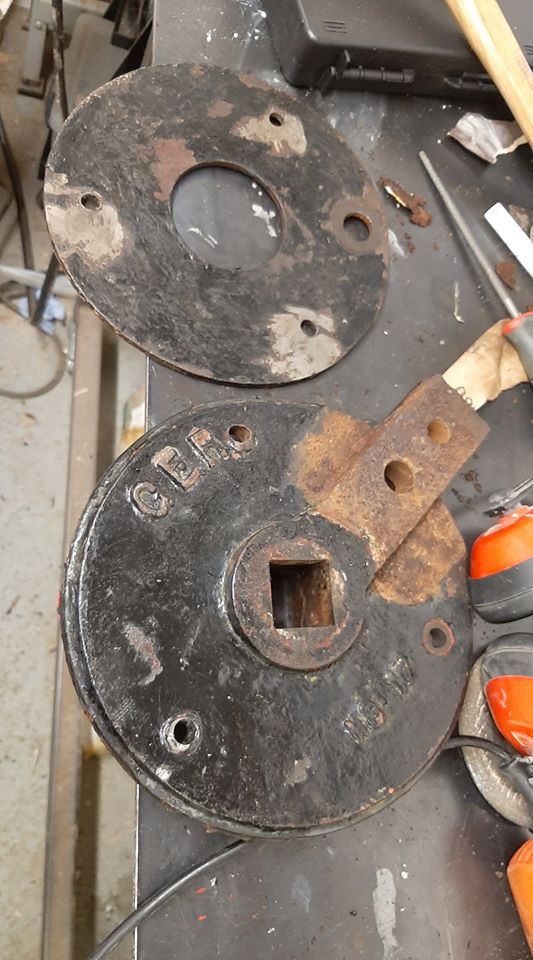 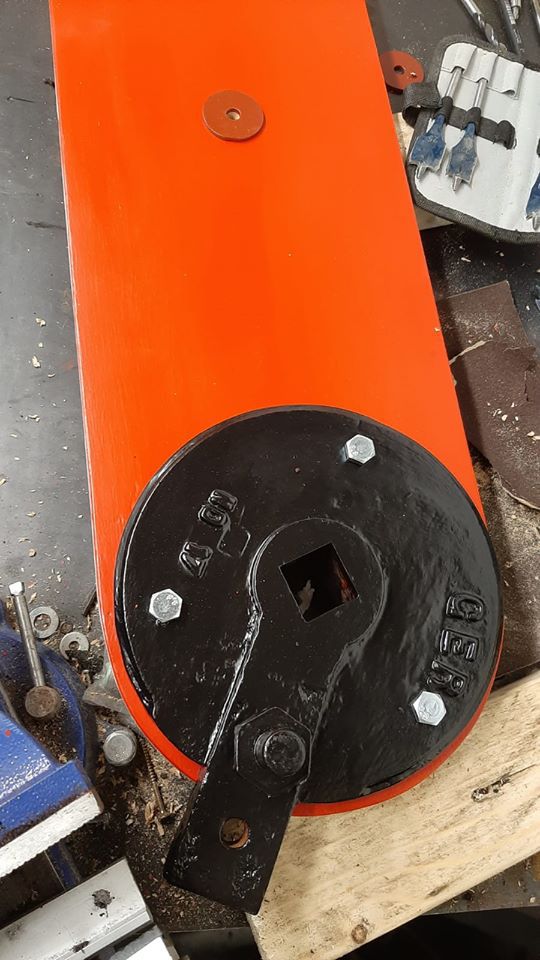 The mounting plate before and after refurbishment

The signal post was then also repainted and some metal parts removed for refurbishment. 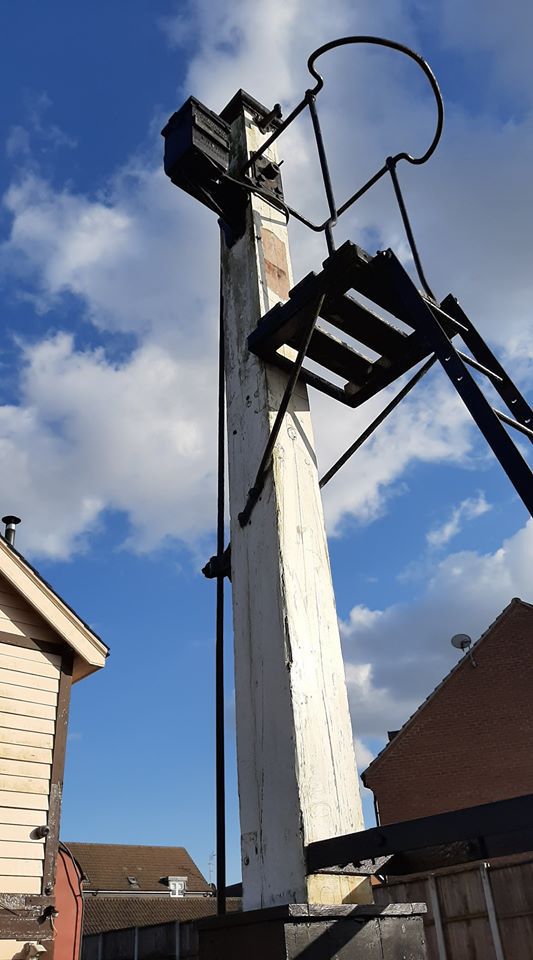 Refurbishment of other fittings

As well as a new arm being made, all the metal parts around the arm and mechanisms were refurbished to prevent further corrosion, and well, it’s a good opportunity to smarten everything up! The Spectacle holder below was stripped back and repainted, and also new lenses fitted to replace the cracked and damaged ones. Perspex was used as the replacement ‘glass’. The eagle eyed of you may notice we went for a green lens rather than the traditional blue, to go with the red. (Traditionally blue was used due to the yellow glow of the bulb making the blue appear green! Modern replacement bulbs emit more of a white light hence the use of green instead). 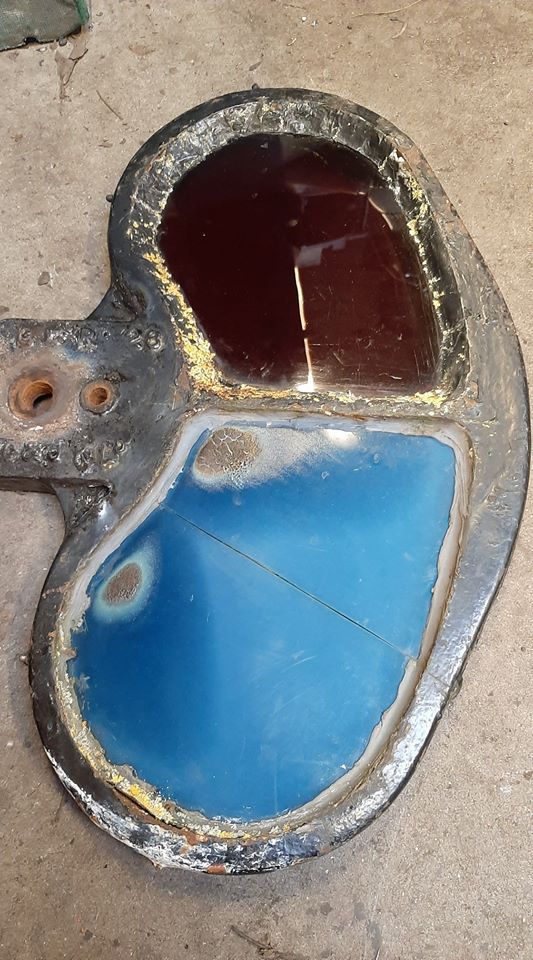 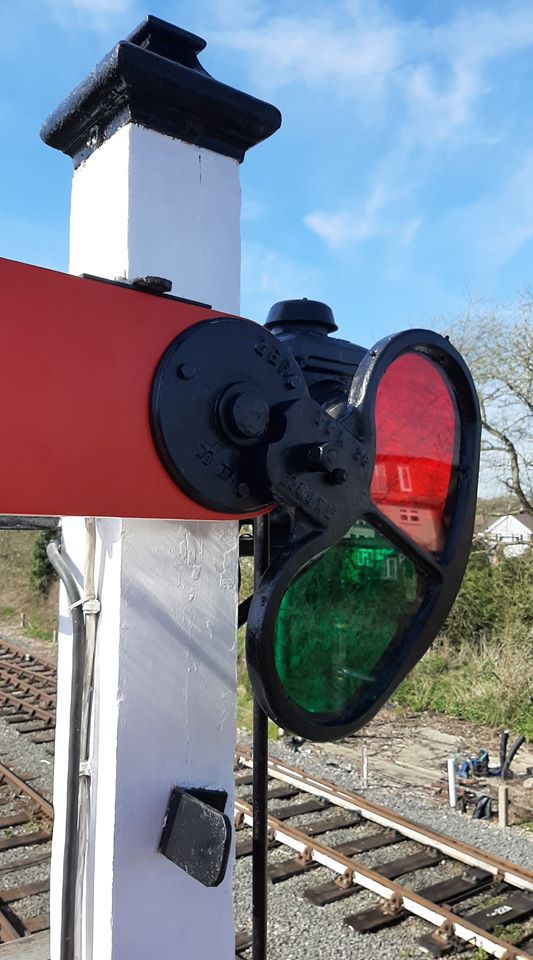 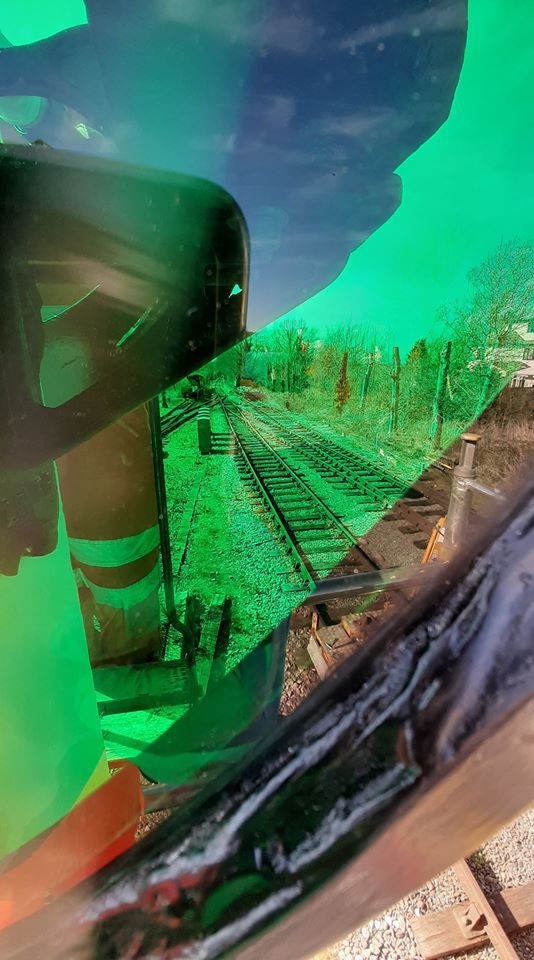 The spectacle plate removed for refurbishment and after reinstatement on the new signal arm.

The new arm and metalwork have been fitted to the post, and some final wood filling completed to fix the rotten wood in the post. The signal itself is now back in use, looking fresher and hopefully with many years service ahead! The old signal arm has been retained for display in a museum planned in the 1959 stock underground vehicle at North Weald. 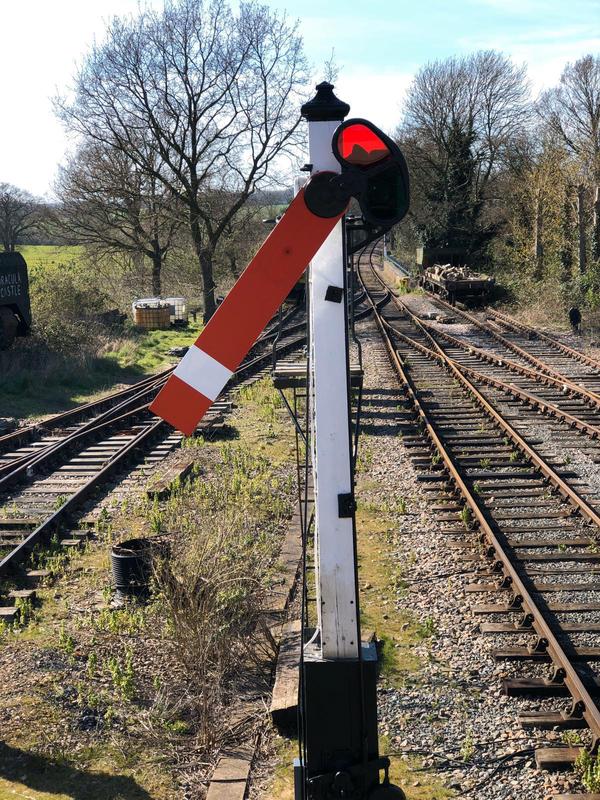 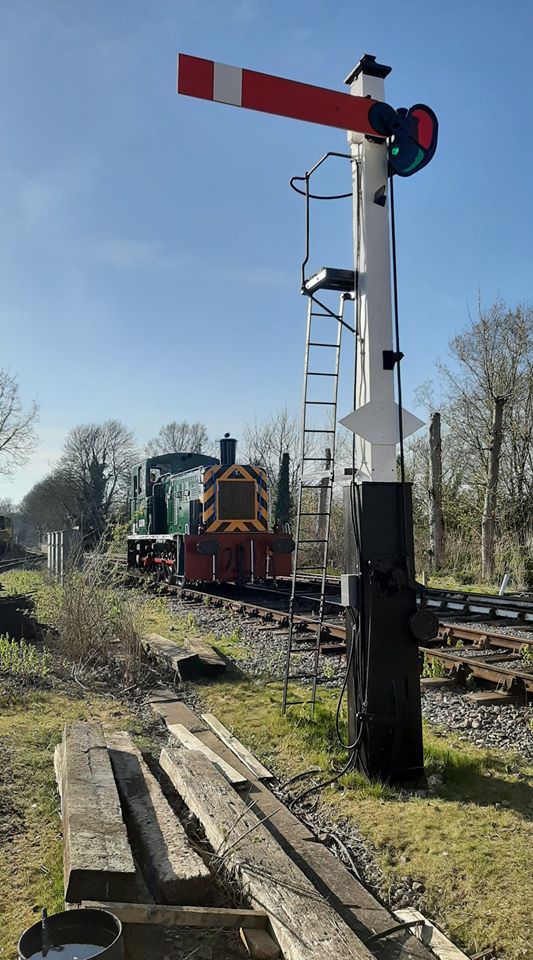 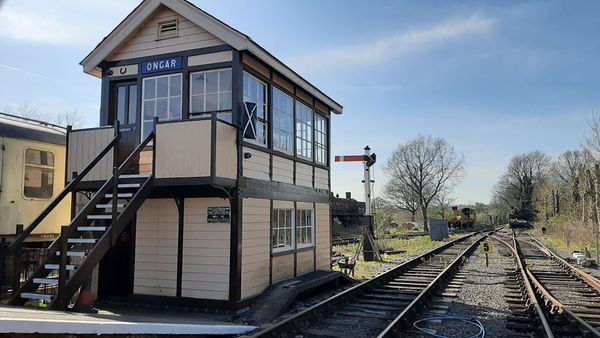 The replacement arm fitted to the signal