I love it! A Volunteers perspective.

Like all heritage railways, the Epping Ongar Railway could not operate without our friendly team of volunteers. As well as operating our train services, our volunteers help maintain our buildings and rolling stock, help out with catering and even being bus conductors on our connecting heritage bus services.

We have teams that meet on both weekdays, and at weekends, and there is always a friendly welcome for new faces. It's an excellent way to meet new people, find a new life-goal, do something different, work towards achieving something rewarding, or passing on your experiences. You can come by yourself and find many new friends of all ages, or bring your partner / family and achieve something together.

Recently Dave, one of our volunteers in our Stations and Revenue team, gave an interview to the editor of our quarterly members' magazine, Mixed Traffic. Here's what he had to say!

The editor met Dave at in the porters’ room at Ongar Station when he was Station Master during our busy ‘Kids for a Quid’ event in February 2019.

Dave, thank you for agreeing to this interview. Tell me about you and your life so far.
I was born in 1947 and the family all lived in one room in Hackney. My interest in trains started in 1952 when we moved to Walthamstow and the house backed onto the Chingford line. I remember the N7, 0-6-2T, locomotives being in use at that time. Daily freight services were usually hauled by J15, 0-6-0, locos, the same as then used on the Ongar line. At the other end of the street was another railway line, Barking to Kentish Town (now Gospel Oak), then part of the Midland Railway. It was great to have two different railways within half a mile of each other! My father worked for the railway at Bishopsgate Goods Depot. He was a leading goods porter, looking after a gang of men. In those days everything was done by muscle power, there was very little mechanisation. Because of my interest in railways, during my school days, between 1952 and 1966, I organised several trips to railway sheds with the help of my teachers. 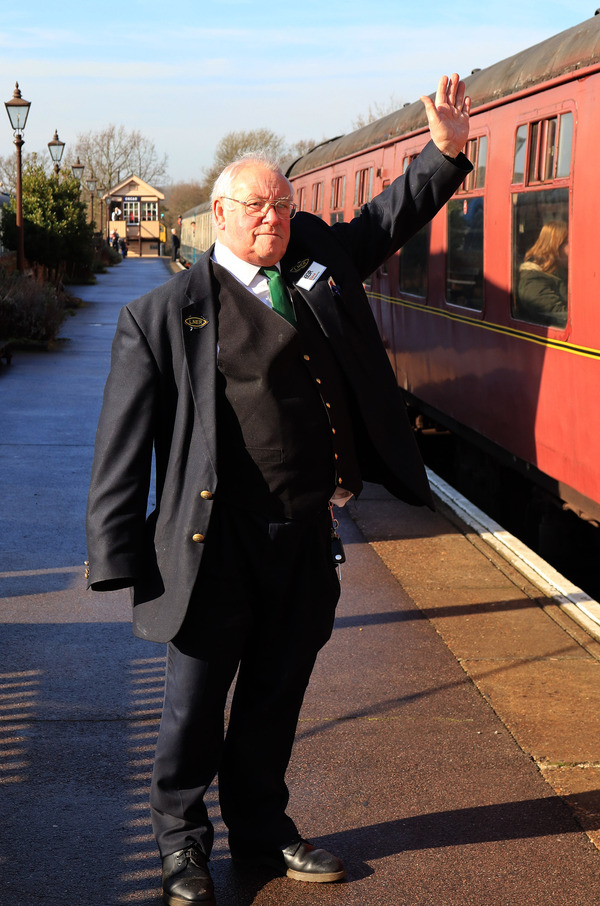 What happened when you left school?
I started work in 1966 as an apprentice electrician. In the early days, electricity was provided by local councils and they had their own power stations up until 1948. Householders rented their wiring from the council and they provided one light in per room and one 5 amp socket in each house! At a later date, cookers and water heaters could also be hired. I finished my apprenticeship in 1972 and became a qualified electrician. Part of what we used to do was to repair cookers and wiring. After 15 years on hire, the cookers were virtually worn out and became the householder’s property! I was also on shift to deal with emergencies. In 1979 I was promoted to foreman of the emergency service and supervised 60 men. Over time, foremen were done away with and we became managers. In addition to my full-time employment, between 1967 and 1977 I worked as a part-time youth worker running a youth centre, which eventually had 650 members. I married in 1979 and my wife and I had two daughters, both of whom trained as teachers. Sadly, my wife passed away in 2002. My masterplan had been to retire that year and enjoy life on my pension. The death of my wife scuppered that plan, and I carried on working until 2012. At that time I had 50 years service, essentially with the same organisation, albeit with different owners, the final one being EDF Energy. As well as my full-time job, between 2004 and 2018 I ran a property company on behalf of my cousin who was unwell. I also worked as a part-time assistant caretaker and trustee of a village hall.

An interesting mix of careers, how did you come to the EOR?
In 2014 I decided to take stock and re-evaluate my life: join a heritage railway or become a school governor? The school governor came first, and I carried out that role between 2014 and 2018. I am also involved with the University of the Third Age (U3A) and held posts as branch treasurer and membership secretary. Locally we have 600 members and arrange various activities; I am currently a member of the U3A outings committee and have been since 2012. ED: And the EOR? Dave: In June 2013, as part of an U3A outings group to the Railway, I first met the Group bookings Manager. I met him again with another group in 2017 and he suggested I might like to join!  On 1 April 2017 I joined the Epping Ongar Railway Volunteer Society. On my first visit to Ongar as a porter, the Station Master initially taught me the ropes. Later that day, I had nothing to do. I went into the ticket office where the General Manager was the clerk. I asked him if I could watch. Typically, he replied, ‘No, you can do it!’ After a five-minute lesson he popped out and went missing for about two hours! Fortunately, an experienced booking clerk was in the buffet and he was a great help whenever I was unsure what to do. Shortly after I progressed to the North Weald ticket office and took on other roles such as dining train steward, information clerk for the Santa Specials and filming liaison. I was fortunate enough to qualify as a Station Master in August 2018.

As part of your Station Master’s role you also passed the EOR Rules Test. That test has sometimes become controversial with safety critical volunteers and especially with Station Masters. What are your views on the test?
The test is necessary, but it’s difficult to understand why we have to cover things that as Station Masters we don’t actually deal with. Shunting is a prime example. I passed on my second attempt after attending two training sessions. The test is difficult but manageable.

Dave, it’s been very interesting talking to you. Clearly you have lived a full and varied life. Although you have only been volunteering on the Railway for a relatively short time, you have certainly made your mark. Finally, what’s your current view of the EOR?
I love it! 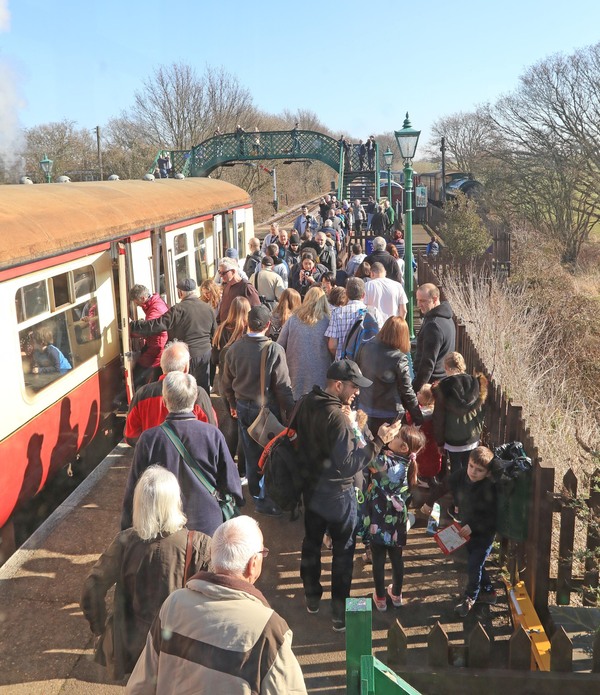 The Epping Ongar Railway Volunteer Society is the society that supports the railway helping things run smoothly. You can find out more about volunteering and the opportunities available on our volunteering page, or you can contact the Membership Secretary.