The locomotive has been dismantled ahead of a planned overhaul; the gearbox from this shunter has been removed and placed into sister 170. As part of the overhaul, the seriously corroded areas of bodywork will be repaired.

The gearbox from this locomotive has been removed and sent away to be refurbished, with the unit from 119 installed in its place; this was a mammoth task owing to the weight of and confinements in accessing it, which required being lifted out through the cab roof. There are no other issues to report, and she continues to see regular use for shunting around the yard. 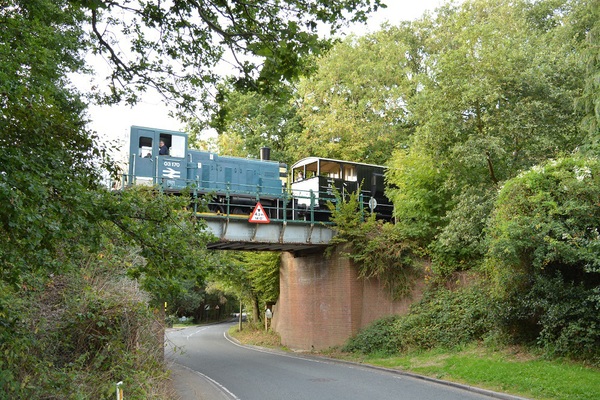 The locomotive developed a generator fault during 2017, which was resolved in time for the Spring Diesel Gala in April 2018. However, at the Autumn Gala that year an air leak developed which necessitated the failure of the engine again. The owning group have recently been on site rectifying this and performing other maintenance work, and the locomotive recently returned to traffic. 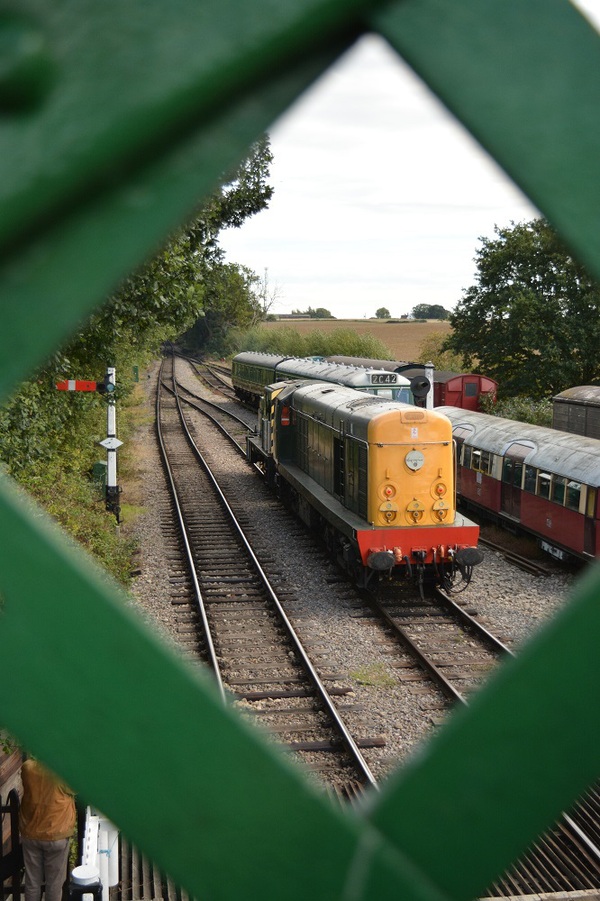 The locomotive's overhaul continues at Shackerstone, with number one end cab requiring a lot of new floor – you could see the trackbed through the old one! Serious rot was found all around this end, including the headcode box. Work continues around the contractors other commitments, with no date for a return being set at the current time. 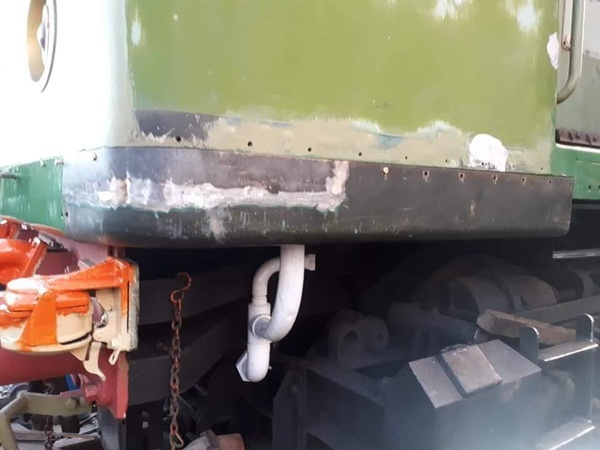 The brake rigging was refurbished over the 2017-2018 winter period, and corroded pipes also replaced. Areas of the cab sub-floors were found to be corroded too, which required new patches  welded in. The reliable locomotive remains in traffic providing the mainstay of our diesel locomotive requirements during the winter months when it's useful Electric Train Heating is required.

Constant maintenance is performed to keep this locomotive operational, but there will come a point when serious mechanical work will be required. An air leak was discovered and repaired, and the thermostat (which controls the fan clutch) was found to be corroded – a new section will need to be fabricated to repair this.

Work has been progressing steadily, undertaken by “Team 45”. In July, the "Peak" was taken into the yard to allow the restored roof silencer and pocket  to be lifted into place. The triple pump now works, and the engine barred over. New batteries have been ordered, and other pipework and cables internally are gradually being connected and finished; the fan grille was removed to allow new seals to be fitted, whilst the fan and casing were both repainted.

For the Autumn Diesel Gala in 2018, the locomotive was taken to Ongar, top and tailed by the 37 and 20, necessitated owing to a leaking valve in the air brakes. Whilst there, the cooling system was filled and checked for leaks – a few were found and sealed, and the system has now been filled with antifreeze ahead of the winter. Internally, work continues to wire up and connect everything to enable a startup in the near future.

The locomotive has been in the North Weald shed for the majority of the year, with the roof removed for repairs and engine work being carried out. An entirely new exhaust pocket had to be fabricated as the old one was corroded beyond repair owing to numerous leaks. Other smaller welding jobs have been undertaken where needed, and the engine room has been given a deep-clean.

Whilst these larger jobs were undertaken, the bodywork was also rubbed down and needle-gunned, before a coat of primer applied, ahead of the locomotive’s repaint. There will no doubt be some mechanical work to carry out, which can only be confirmed once a start-up has been performed; providing nothing serious is discovered, we should see the locomotive return to service at some point during 2019. 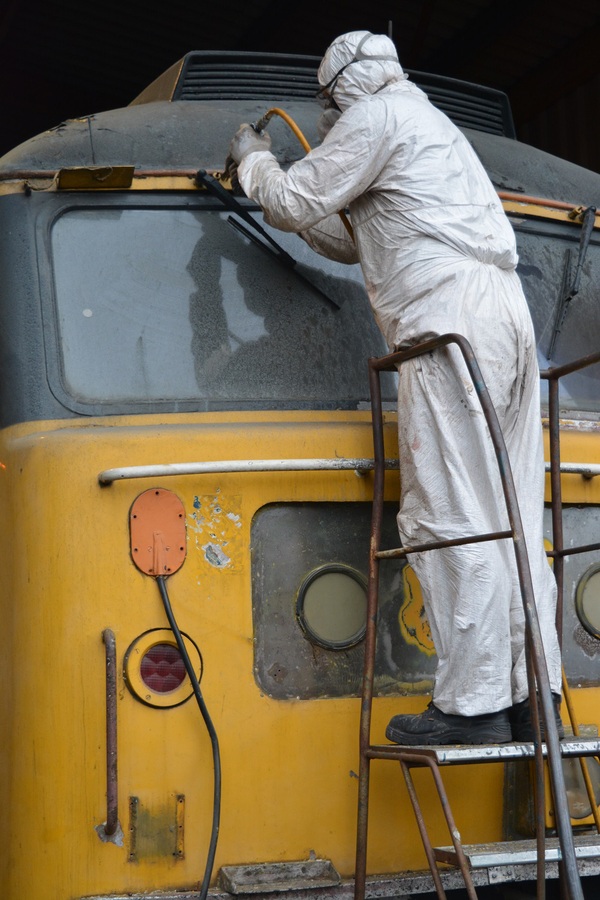 Needle gunning on 47635 prior to an application of a coat fo primer. (Photo: Owen Hayward).

The 117 DMS vehicle 51384 has seen regular use this season, paired with the 121 Driving Trailer 56287. Aside routine maintenance work, little else has required attention until recently, when one of the engines failed. This is presently being investigated, however a spare is available on DMBS 51342, which is due to be swapped soon.

The overhaul of the DMBS vehicle has recently had be halted. To access the higher areas, a new scaffold tower has been acquired, but requires to concrete floor in the shed to be finished to provide a safe footing; previously, a full scaffold setup was hired in, but this obstructed other work on the shed progressing. In the meantime, the group working on this have spoken to members of the Llangollen Railcar group for advice on certain aspects of the required work, such as removal of the fibreglass cab roof to enable new support sections be welded in.

This half of the DMU was in the worst condition of the two, with a lot of corroded metal around the guard and luggage doors. Once the shed floor is complete, work can resume.

The unit failed some time ago with a defective camshaft, that was sent away for machining. Unfortunately, when returned it was found to be defective, so a whole new part was required. This has recently been returned installed, and the unit started up and tested ready for a return to traffic in 2019.

Corrosion is becoming noticeable on the bodywork in several areas, so in due course each carriage will be moved under cover to allow this to be resolved. 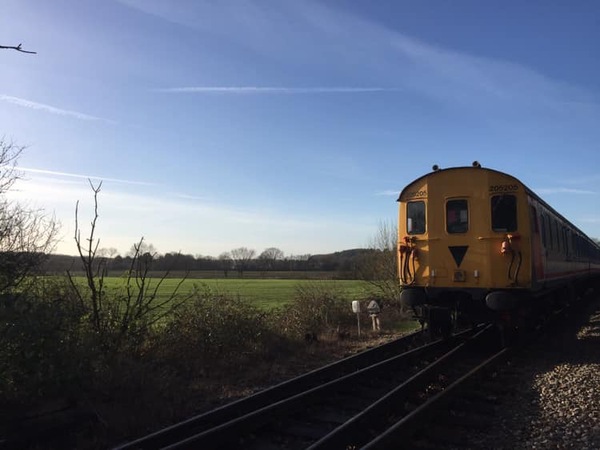 Would you like to get involved with locomotive restoration? Whether you have previous experience or want to learn more, we’re looking for volunteers to help keep everything running. Contact our volunteer co-ordinator to find out more or visit this page.